Session laws publish the text of statutes by date. By comparing the session law that originally enacted the statute with each session law that amended it, you can see how a statute has evolved over time.

See the Screencaps tabs for examples.

The Credits and History sections on Lexis and Westlaw link to HTML versions of recent session laws.

Additionally, complete PDF scans of all California's session laws are available online from:

The library also owns most of California's session laws in print:

Older editions of the summary digest were published separately from the session laws and are available in print:

While browsing California's session laws, you may notice that their official title has changed over time:

Most commonly, they are called the Statutes of California. 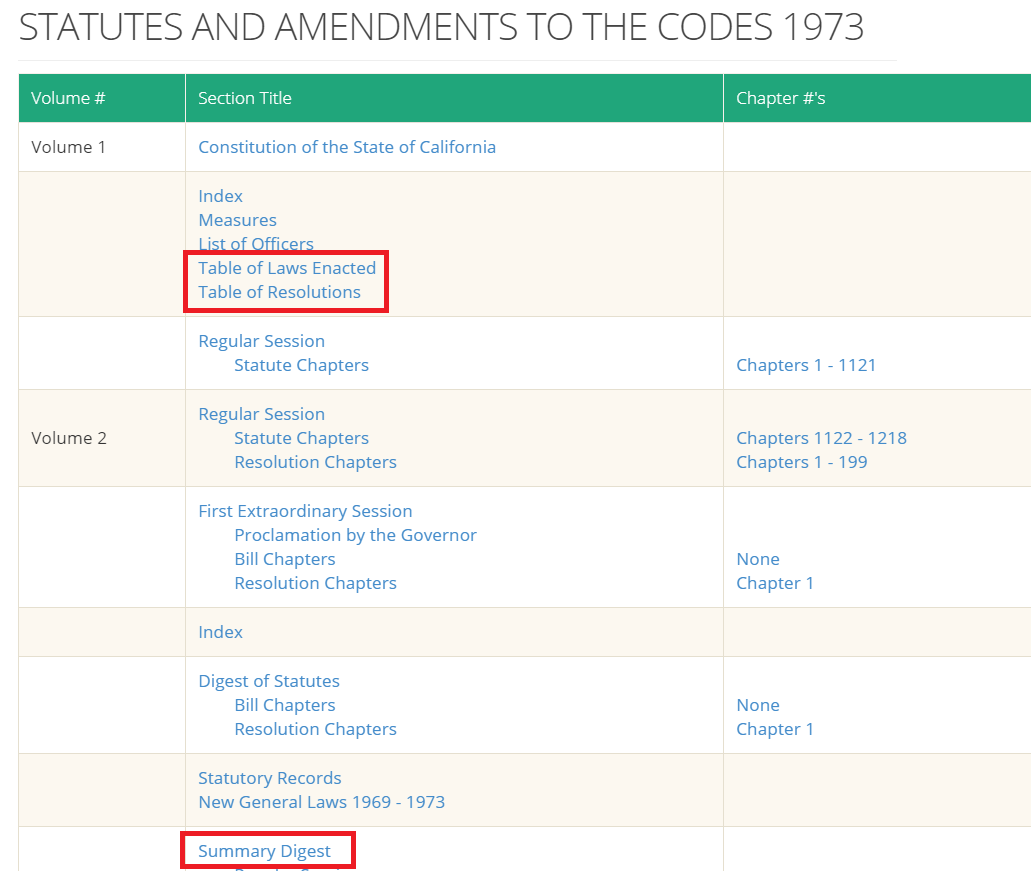 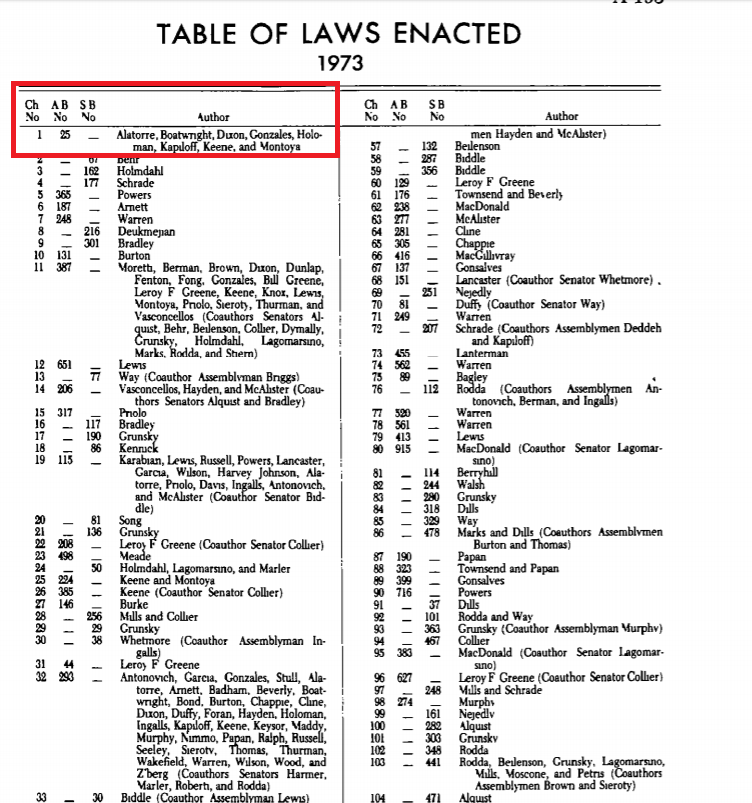 In the example below, the Summary Digest shows that ch. 1 of 1973 was introduced as A.B. 25, lists the first author, and briefly explains what it did. 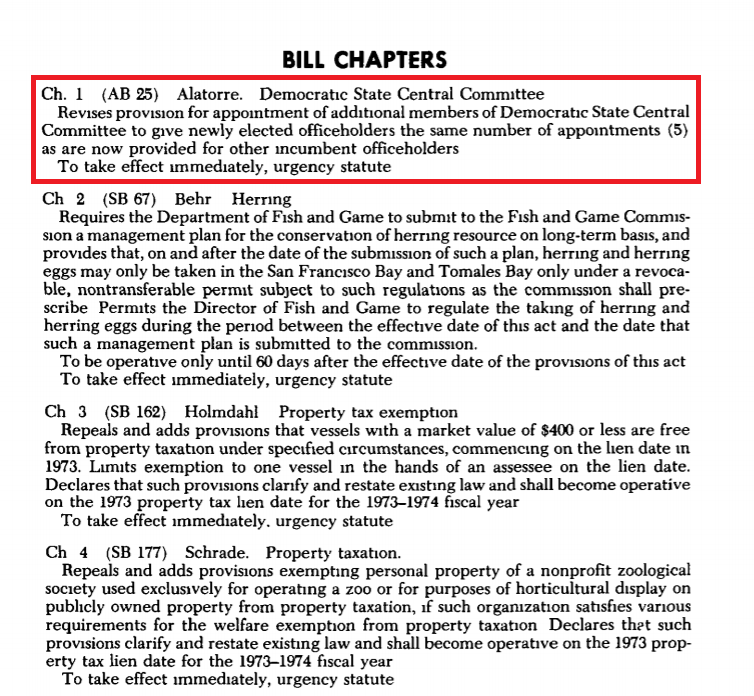