Administrative Law: How Federal Regulations Are Made

Typically, one agency is tasked with supervising other agencies to make sure that they follow the rulemaking process, and may issue letters and determinations sanctioning agencies that do not follow the process. The federal agency that supervises federal rulemaking is the Office of Information and Regulatory Affairs (OIRA), part of the Office of Management and Budget.

Federal regulations are made through the following steps: 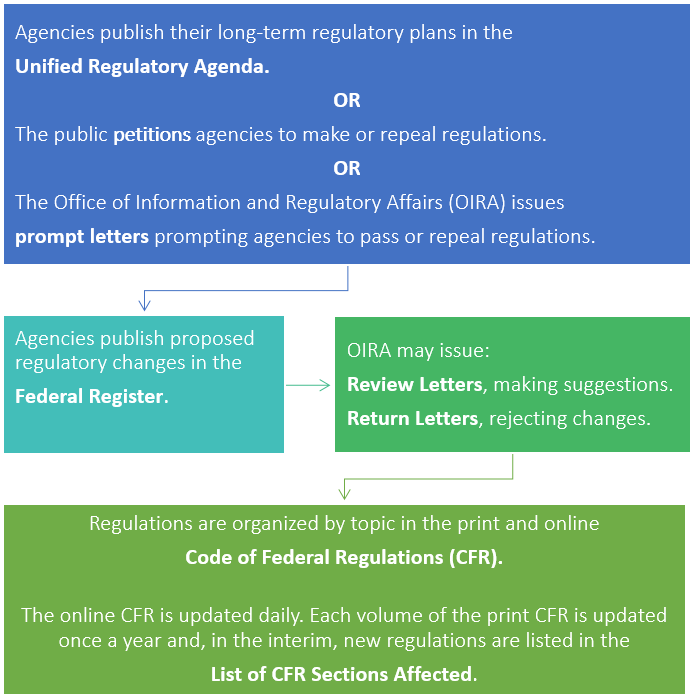