Once you have identified the bill's number and when it was introduced and amended, the next step is to locate each version of the bill. Most bills are amended multiple times as they pass through the legislature. Comparing versions of the bill can help you discover when specific language was added and what alternatives were considered.

Libraries have scanned and posted older bills on HathiTrust and Google Books. For complete lists of bills by year, see:

Older bills are also available from the library in print or microfiche:

Introduction to the Bill

Each bill starts with basic information about the bill, beginning with a list of amendments to the bill (if any) followed by the session, the bill number, the author, the date of introduction, and the title.

The information about the bill is followed by the Legislative Counsel's Digest. The Legislative Counsel are attorneys who help legislators draft the text of bills and prepare digests for each bill- short explanations of how the bill changes existing law. The digest is extremely helpful for understanding the impact of the bill but it is not part of the bill itself. When citing the bill, you should cite the text of the bill, beginning after the words "The people of the State of California do enact as follows:"

Text of the Bill

To read the text of a bill, start with the first draft of the bill as introduced and work your way forwards:

Sometimes you will notice that a bill does not appear to do anything or completely changes topic midway through the legislative process. Usually, this is an attempt by a legislator to avoid California's deadline for introducing bills, typically set in mid to late February of each year. Legislators have developed two key techniques to dodge the deadline:

In the classic example of a "spot" bill below, a legislator has introduced a bill that deletes the words known and cited (crossed out text) and replaces them with the words known, and cited, (italicized text), adding two commas to the existing statute. The Legislative Counsel's Digest notes that the bill makes "technical, nonsubstantive changes" to the law. 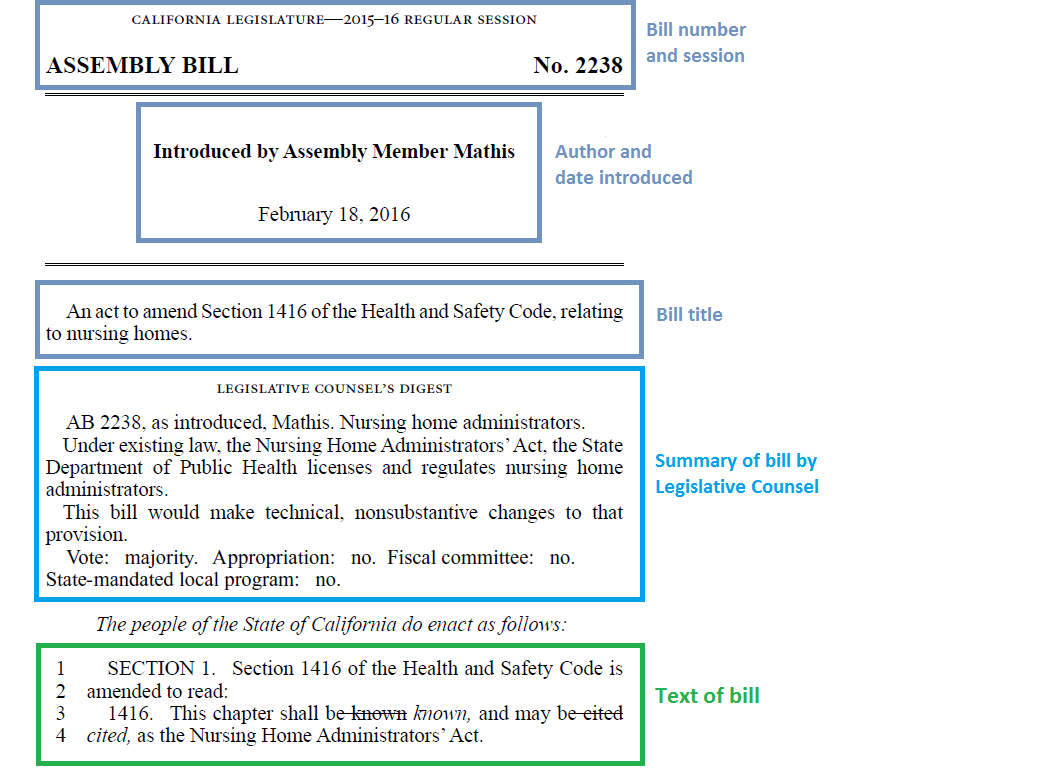 The print and online versions of the bill are virtually identical. For easier reading, deleted text is crossed out in red and added text is indicated in blue italics. 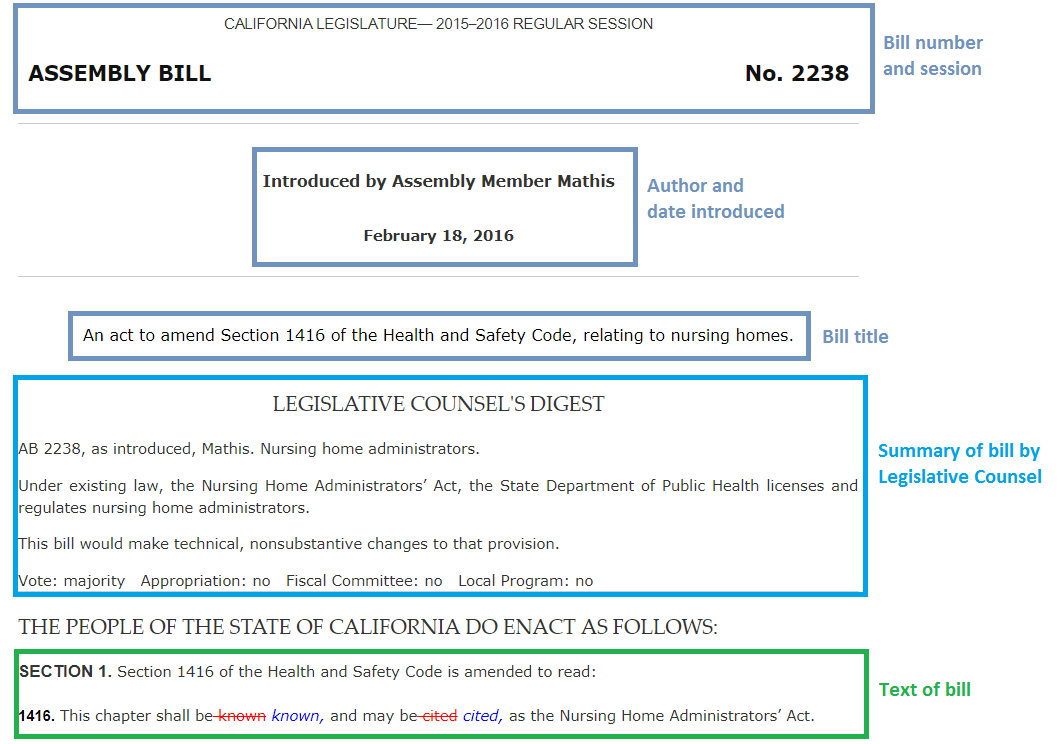 In the classic example of a "gut and amend" bill below, a legislator has deleted all of the prior text dealing with tuberculosis screenings (crossed out text) and replaced it with completely unrelated text dealing with public contracts (italicized text).

Because this bill makes substantive changes to the law, the Legislative Counsel's Digest is much longer than it was for the spot bill, running for over a page. The text of the bill itself does not start until page 3. 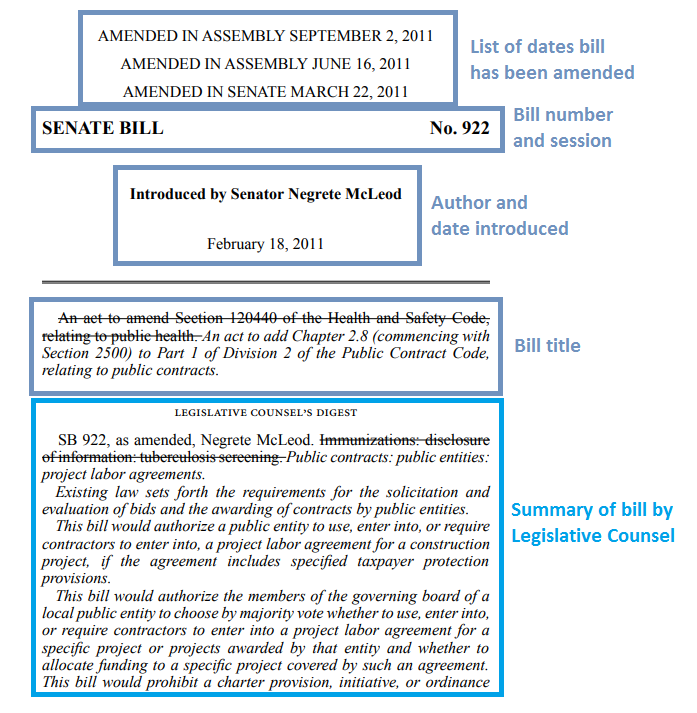 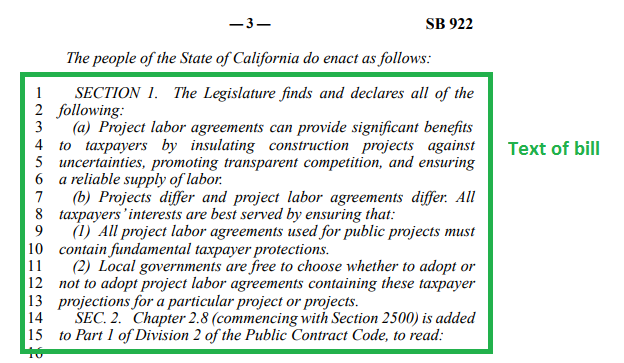 To compare two versions of a bill on the California legislature's website:

If you would also like to compare it to another version of the bill: